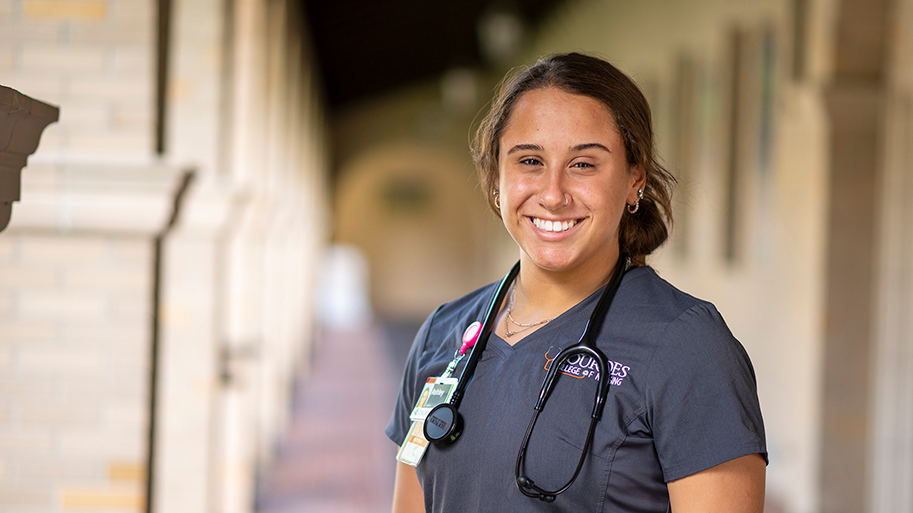 Originally established to educate sisters of the Franciscan community, Lourdes Junior College was founded in 1958 to meet the general education needs of the Sisters of St. Francis, Sylvania, Ohio, the sponsoring order of Lourdes. In 1964 Lourdes College received regional accreditation by the North Central Association of Colleges and Universities and began to admit lay women in 1969 and lay men in 1975. In 1973 Lourdes was independently incorporated and began a tradition of responding to the changing educational and social needs of its surrounding community.

The Lourdes College Bachelor of Science in Nursing (BSN) Program is a logical expression of the health and teaching ministries of the Sisters of St. Francis. In 1982 the Ohio Board of Regents authorized Lourdes to offer its first baccalaureate degrees. The BSN was added in 1986 to meet the needs of RN to BSN students. Accreditation from the National League for Nursing was achieved in 1989. In 1992 Lourdes admitted the first class of pre-licensure nursing students with the approval of the Ohio Board of Nursing. In 1996 the BSN Program received continued accreditation from NLNAC and in 1998 received Preliminary Approval from the Commission on Collegiate Nursing Education (CCNE).

With the increased offerings in graduate degrees, the establishment of student housing and athletics, and in alignment with its seven strategic plan, Lourdes College transitioned to Lourdes University during its Convocation Ceremony on August 19, 2011.