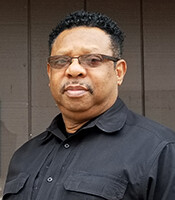 Lourdes University President Mary Ann Gawelek is pleased to announce the appointment of Benjamin Tucker as Lourdes University’s new Director of Public Safety and Security. A Lourdes alumnus, Tucker earned a Bachelor of Arts degree in Criminal Justice in 2003, graduating magna cum laude. A retired Deputy Chief of the Toledo Police Department, he retired in 2016 after three decades of service. He led TPD efforts in community policing which he states is a core value, and lines up well with the univeresity’s mission. Tucker also led the department’s records division which has strong ties to Lourdes University’s efforts of ensuring compliance with federal statutes regarding safety.

Throughout his career, Tucker has instituted programs that improved effectiveness and efficiency. For the past five years, he worked in the Public Safety Department for the Toledo Lucas County Public Library and most recently served as Safety and Security Supervisor for the Lucas Metropolitan Housing Authority.

An accomplished pianist, he is also adept at computer repair and is an amateur radio enthusiast.

One response to “Director of Public Safety & Security Appointed”