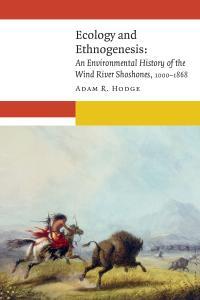 Lourdes University presents Environment and Culture: Insights from Wind River Shoshone History, a Distinguished History Lecture featuring Dr. Adam Hodge, Chair of the History, Geography & Political Science Department. The event on Monday, April 15 at 7 p.m. in the Franciscan Center is free and open to the public.

“We are so pleased that this year’s installment of the Distinguished History Lecture series features an accomplished historian who is also a member of the Lourdes history department. His work and insight will educate and inform students and history enthusiasts alike,” says Dr. Dwayne Beggs, Assistant Professor of History.

An Environmental History of the Wind River Shoshones, 1000-1868

Published by University of Nebraska Press as part of the New Visions in Native American and Indigenous Studies Series, Dr. Hodge’s book is a major contribution to environmental history, ethnohistory and Native American history. It explores the origins of the Eastern Shoshone Tribe based on interdisciplinary research in history, archaeology, anthropology and natural sciences and emphasizes the forces – such as climate change, disease epidemics and the horse revolution – that shaped the Shoshone communities that Lewis and Clark and others met during the early nineteenth century.

Presenting an impressive narrative of Eastern Shoshone history, Dr. Hodge analyzes the major developments that influenced Shoshone culture and identity including the resources that they used, women’s contributions to and roles in Shoshone society and how they interacted with other peoples. Geographically spanning the Great Basin, Rocky Mountain, Columbia Plateau and Great Plains regions, Ecology and Ethnogenesis explores the evolving relationships between the ancestors of the Eastern Shoshones and the lands that they inhabited prior to the reservation era. In examining that history, Dr. Hodge treats Shoshones, other Native peoples and Euroamericans as active parts of their ecosystems. The story of the Eastern Shoshones over eight hundred years is an epic story of ecological transformation, human agency, and cultural adaptation.

Pekka Hämäläinen, author of The Comanche Empire praises Ecology and Ethnogenesis as a “wide-ranging, methodologically vigorous, and wonderfully multifaceted study of the Eastern Shoshone Indians who have been consigned to the margins of American history for far too long. Here the Eastern Shoshones emerge as creative and superbly adaptive people who have for centuries drawn power – economic, political, and spiritual – from land that sustains them in ways that are both profound and surprising. Adam Hodge illuminates those dynamics with skill and verve.”

The book is available for purchase beginning April 2019. 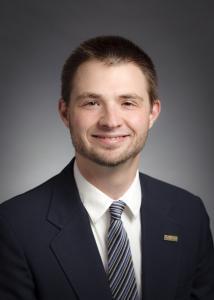