A Different Kind of Election: A Republican Perspective 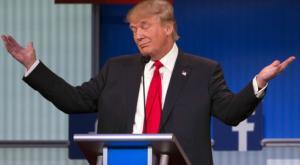 The election of 2016 is unlike any other in history, America will either elect the first female President or the countries first non-politician to the most powerful office in the world. However, what this election could mean is a fundamental change in Americas foreign and domestic policy. What the next President has to deal with is rising inflation, crippling debt of more than nineteen trillion dollars, and a rising threat from ISIS, so whoever gets elected will certainly have a tough job to do. Now the question is what is what kind of President do the American people want to have, given the general dislike people have with Donald Trump and Hillary Clinton.

The last time character became the central issue in a presidential campaign was in 1976. The republicans still splintered by the fallout from the Watergate scandal the democrats were able to run Jimmy carter a state Senator and one term Governor of Georgia because his character was his best attribute and people viewed him as trust worthy. In the election of 1976 character meant more than political issues because in the wake of the Watergate scandal the republican party lost the trust of the American people. There was something to be said about the fact that Jimmy Carter being apart from the scandal riddled Washington political establishment which made him the perfect candidate in 1976. Fast forward to the election of and America is in a very similar situation to that of 1976.

Hillary Clinton is the Washington establishment’s Presidential candidate but she is marred in scandal because of her private email server that had state department information on it and leaked classified emails that give Americans a window into the extent to which this election has been rigged in her favor. Super delegates gave Hillary Clinton a massive advantage of over three hundred delegates on Bernie Sanders before the primaries even started. Although Bernie Sanders confirmed himself as a socialist, he ran as a democrat and attracted enough people and won enough primaries to come within a stone’s throw of winning the nomination only a couple of months before the convention. In the election of 2016 there is another alternative to establishment candidate just as there was forty years ago and that is businessman Donald Trump.

Donald Trump has never been a politician, but he is a successful businessman with companies all over the world and a net worth of more than three billion dollars. Trump’s campaign has been self-funded to a large degree and more so than any major party candidate in recent history. What Donald Trump brings to the table is an understanding of finance and turning debt into surplus as he has done for himself. However, Donald Trump does lack antiquate foreign policy

experience foreign policy experience because he is not a politician which limits his understanding of the military. The new President whoever it will be does not understand all aspects of issues that is what advisors are for, and that might help Trump broaden his understanding of foreign policy. Donald Trump has made offensive comments regarding women and illegal immigrants that a seasoned politician would not make. Donald Trump has a lot to learn but he has not been investigated by the FBI for espionage. The question now is who does America want to be the next President?