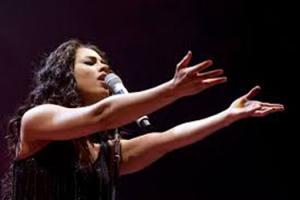 The entertainment industry is filled with many artists that have a platform to use for more than self branding and endorsement deals. I appreciate those who creatively express themselves but I have a great deal of admiration for those who use their platform to express real issues occurring in the world. I think it is important because there is a vast variety of individuals that listen music daily and in the midst of cultural diversity, everyone can be reached. Spreading awareness is essential to creating the change necessary to alleviate many world and social justice issues. Artists have the power to create the change by openly expressing important causes such as, issues faced by today’s youth, poverty, race, etc. Philanthropy can alleviate many of the global issues experienced today. 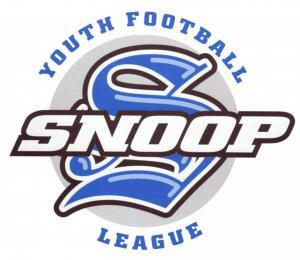 Entertainment icon, Snoop Dogg founded a youth football league in 2005 to give the youth in his community a positive way to stay out of trouble on the streets. The Snoop Youth Football League is a non-profit organization founded to provide the opportunity for inner-city children to participate in youth football and cheer. The SYFL serves children between the ages of five and thirteen, teaching them the values of teamwork, good sportsmanship, discipline, and self-respect, while also stressing the importance of academics.

Grammy award winning, singer, actor, producer, pianist and song writer, Alicia Keys uses her platform to create music with and for a cause. I definitely think she is one of the most philanthropic artists of all time. She is the co-founder and Global Ambassador of Keep a Child Alive, the non-profit that puts medicine in the hands of families with HIV and AIDS in Africa. After visiting with children from many African countries who are affected, Keys released a documentary. Alicia in Africa: Journey to the Motherland came out in April of 2008. Keys have also collaborated with famous artists for a variety of causes. She recorded a cover version of Peter Gabriel and Kate Bush’s “Don’t Give Up” with Bono from U2 to promote World AIDS Day in 2005. They renamed it “Don’t Give Up (Africa),” to draw attention to what it represented.

Alicia Keys is also involved in other charity work and volunteers for several disaster relief causes. She performed for Live 8, the charity that raised money to alleviate poverty in Africa. She has also performed to aid victims of Hurricane Katrina, Hurricane Sandy, the earthquake in Haiti, and as part of the Live Earth performances. She wrote a theme song for President Obama, during his campaign for presidency and participated in the Nobel Peace Prize Concert in Norway in 2007. Keys was honored with a Humanitarian Award at the 2009 BET Awards. I think she exemplifies the purpose of a true artist because she serves a purpose greater than herself consistently throughout her music.

Music festivals are also a way that artists collaborate and bring together massive crowds of people to bring awareness to a good cause. Recently, Bono of U2 hosted the 2015 Global citizen Festival which aims to eradicate global poverty by 2030 and was supported by performances by Beyonce’, Ed Sheeran, Chris Martin and Common. Michelle Obama was present along with many other familiar faces to support the movement. Rising music artist, Chance the Rapper, 22, recently curated a free Chicago festival for teens. Chance uses his music to uplift the troubled youth because he has transcended from the negative aspects that many young teens face today.

International music star, Akon launched a Light African project in 2014 that has tremendously helped Africa’s lighting energy crisis, supplying solar energy to Africa. There are still 600 Million Africans that don’t have access to electricity however; his efforts are working to cease that problem. Partnering with solar providers helped light African communities using solar power instead of using expensive and harmful kerosene.

Music Legend and business mogul, Shawn Jay Z Carter has his hands full with much more than creating music but most are not aware of his foundation ran by his mother. Since the Foundation’s inception, over $2.9M has supported initiatives to empower youth and communities in need through the Foundation’s signature scholarship fund, annual college tours, study abroad experiences, counseling initiatives, and giveback programs. Many other artists including Nas also have beneficial foundations that help inspire youth beyond their music. Nas has remained a true philanthropist throughout his legendary career, supporting and uplifting the youth. Nas visited Harvard to enact a Hip Hop Fellowship and was recently awarded the W.E.B. Dubois medal at Harvard University.

Kendrick Lamar has inspired the “Be Alright” scholarship, which is named after the “To Pimp A Butterfly” single of the same name and is sponsored by OogeeWoogee. The media outlet is holding a contest for students at High Tech High School in North Bergen, New Jersey to win $1,500 for college tuition or books. Conscientious artist like Kendrick remain true to the art of inspiring the people through their art. Like his music, this scholarship encourages the youth to use Hip Hop as an educational outlet of expression and different social media sites help vote for the winner. I love how artists such as those featured below support social justices issues with their music:

There are countless other artists that use their music as a platform for a good cause, artist that are main stream along with unsigned or what some refer to as indie artist (artist with a record deal). I know many people in my hometown, including myself that use music to fundraise for non-profits and bring awareness to social issues. There are also many visual artists that create murals as tributes for specific causes. Music is one thing that certainly can unite people successfully and it is also a positive form of creative expression than can be utilized to educate and uplift the masses. Perhaps, you know a plethora of other artists and entertainers who use their platform to support causes greater than themselves.

This article only includes a few honorable mentions compared to the endless amount of artists throughout the world. However, I encourage you all to support artists and entertainers that create with a cause. One artist or entertainer may not solely change the entire world but they certainly possess the ability to spark the brain that can (line inspired by a quote from Tupac). 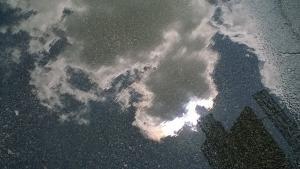