Excitement of the Unknown 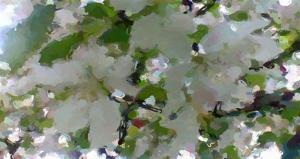 Thinking about the future is something I catch myself doing quite often. It’s usually clouding my thoughts as I wake up in the morning, and while I’m driving, and before I fall asleep each night.

Don’t let me fool you though, as someone who worries most of the time anyway, pondering over my future has certainly been intensified during this past year as I have been making plans to attend Graduate school. Entering my final year as an undergraduate student has been the most joyful and frustrating phase of my life thus far. My feelings of excitement were overshadowed by anxiety of the anticipation of what was to become of me after I graduated. It didn’t help either that conversation about the future was almost a given in any social interaction.  So what are you going to do once you graduate? What if you don’t get accepted into Graduate School? These types of questions were commonly asked of myself over these past few months, and I suddenly felt the pressure of the future sitting on my shoulders all over again each time I was forced to talk about it.

I think it’s difficult for any young adult to know for certain what they want to do with their future.  After failing my freshmen year of college at an institution out of state and changing my major about three times, I find myself in a place that I had never thought was possible. Once I had made up my mind that I wanted to go to graduate school, I frantically began searching for information online about different English programs I was interested in. The application process seemed the most daunting of a task to finish, but I found the most support through my professors here at Lourdes. After all, it was through them that I felt inspired to teach just as they do, which ultimately prompted me to pursue graduate school as an option for my future. The whole process had really begun the summer before my senior year. It was then I scheduled a date to take the dreaded Graduate Record Examination and then attempted to organize all of the materials necessary for each application, with deadlines prompted just after the first of the year. It was a little overwhelming in the beginning with trying to complete applications all while meeting the demands of my current classes and working part-time. However, once I submitted each application, I felt some of the pressure lift from my shoulders as I could only wait for a response.

During this period of waiting, I found myself thinking less about the future and more about the life surrounding me at the present. After all of it, I am more than grateful to be attending Wayne State University in the fall as a graduate student. But if there’s anything I learned from this whole experience, it would definitely be that as much as one tries to make plans for the future, some things are just beyond our reach. The anticipation of the unknown can sometimes be used as the cause of our excitement, rather than our anxiety.