From the Faculty Advisor 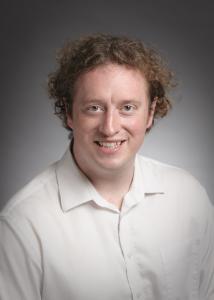 “Millennial” has become a catch-all term to describe not just an age bracket, but a way of being in this age of economic uncertainty, hyper-standardized education, mass shootings, and reality television.  It sometimes includes people who are now under forty, and sometimes only those under thirty.  Those entering college right now may be “Millennials,” or they might be “Post-Millennials.” Or perhaps, if they’re lucky, they’ve yet to be pinned down with a label.

When older people—but sometimes Millennials themselves—mention the name, it is usually accompanied by a slew of unflattering terms, such as “entitled,” “snowflakes,” “apathetic,” etc.  It’s eternally true, of course, that each generation looks down upon the generation that follows it.  The ageing (though, usually not the aged) are always jealous of youth and resentful of the young.  Someday, you will be too.

But something feels different about the criticism of this generation of young people.  For one, much of the criticism comes from the young themselves.  The Depression/World War II generation didn’t much like to talk about themselves.  The Baby Boomers couldn’t (and still can’t) shut up about themselves.  Gen Xers are perpetually caught up in a nostalgic trance (hence all the movie franchise reboots).  But the Millennials’ most distinguishing trait is their self-abasement.  There seems to be a constant feeling of having taken and failed some great test of character and competence.  Where, I wonder, has the reckless confidence of youth gone?  I see this self-abasement more intensely with each class of freshmen I encounter.  As a teacher, I am supposed to be the one telling students to quit slacking off and to take their work seriously.  But far more often I find myself telling students to ease up a bit.

Some of the most persistent criticisms of this generation are that they need constant validation and that everybody expects a trophy just for trying.  But I think that’s a misreading of the situation.  What really seems to be going on is that young people today have never been allowed to fail, or even to come up a little short.  Between the growing income inequality, the debt with which young people today begin their professional lives, and the tempestuous economy, there is a sense that adulthood is a game of musical chairs…and that the tune could stop at any moment.  So of course the absence of praise is interpreted as evidence of failure.

Such insecurity has some truly pernicious knock-on effects.  One such effect is that success and self-fulfillment seem to be at odds with one another.  Millennials—especially those from lower and middle class backgrounds—rarely get the chance to think about what they would like to do with their lives.  More often, it’s about what they can or should do with their lives.  Everything, it seems, must have a practical and foreseeable outcome.  Time is too limited for anything else.  It’s a test-taking mentality applied to life, and it leaves little room for curiosity, passion and active citizenship.  Exercising curiosity, passion, and active citizenship frees a person from alienation (the sense that someone or something else is dictating the course of one’s life).  Take these things away and the only freedom left for you is the freedom to consume what you want, should you make enough money to do so.  And that’s a false freedom.  It’s a sugar pill.

It’s not all doom and gloom, though.  We’re seeing signs of change.  Young people are waking up.  They’re taking it to the streets.  Millennials are getting a taste of curiosity and passion, and they’re becoming active—even disruptive—citizens.  “Entitled” is no longer a dirty word, as young people are beginning to realize that, yes, they are entitled to more than they’ve got.  If you pay enough attention, you’ll feel this at Lourdes University too.  Long dormant student organizations like the Black Student Union and Prism are now thriving.  Attendance at cultural and political events is increasing.  Classroom conversations between students are more than just about what will be on the next test.  The atmosphere is charged. The challenge now is to keep it charged.  Go out and participate.  Take a class just because you’re curious.  Join an organization (Might I suggest The Vitruvian?).  Start an organization.  Be the generational change you want to see.  It starts here and now.