My Road to College President 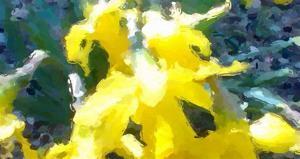 I entered the Sisters of St. Francis when I was 22 years old.  I had had three years of Catholic elementary education, spent my high school days and early adult life singing on the adult choir in my home parish of St. Stanislaus in Wyandotte.  I knew the Sisters at St. Stanislaus as teachers and choir directors and spent time after choir practice talking to the Sisters at the back porch of their home. It was from these conversations that a love for the Sisters grew, and in young adult life, after attending a retreat in Detroit, and my experience in life of my home parish, I was drawn to the Sisters, and the persons they revealed to me.  It took me until I was 21 and after the death of a dear friend, before I took the steps to join the congregation of the Sisters of St. Francis in Sylvania, Ohio. I worked for two different companies in my hometown of Wyandotte, Michigan for a total of three and a half years, and surprised everyone when I joined the Sisters in 1953.

My initial spiritual formation as a Postulant was six months long, with two years as Novice and then continuing formation took place through the annual retreats, and with numerous special Conferences the Sisters of St. Francis provided to imbue me with a dedication to the Mission Statement.  In addition, participation in community governance through the Chapter of Mats and General Chapters, which were held every four years, gave me the spiritual grounding that was the background for the ministry to which I was called by God and the leadership of the Sisters.

My high school was an all business curriculum with typing, shorthand, business machines, and bookkeeping because I had no expectation of going on to College. The three years that I worked in an office doing that kind of work left me with an idea of what working for a living entailed.  After entering the community, the leadership of the Sisters saw to it that I received my liberal arts courses in due time. My College degree is a Bachelor of Science in Education, with a major in business education was earned at Bowling Green State University. This prepared me to teach all the business courses in a high school, which I did for ten years at St. Ladislaus High School in Hamtramck. During that time I was the moderator for a Business Leaders Club of America, which organized the students to compete in contests at the State level. We won every year in areas such as parliamentary procedure, public speaking and over-all excellence in Chapter activities.

My master’s degree was completed during the time I taught in high school, which I earned at Bowling Green State University. After ten years of teaching high school, I was assigned as principal of a Northeast Minneapolis elementary school. During those four years, I attended some excellent programs in group process and dynamics, and active listening. These experiences prepared me to work with groups of all kinds.  After four years in elementary administration, I was assigned to Cardinal Stritch High School as assistant principal where I began to use the skills in group dynamics and process. Then in 1977, I was asked to prepare for college administration and earned a PhD in Higher Education Administration and Supervision from the University of Toledo and was assigned to Lourdes College in 1979. I served at the College in three positions and in 1983 became President where I served for 17 years. Needless to say, my skills in working with groups were sharpened considerably.

Lourdes College (then) was a developing institution and had a history as a two-year liberal arts college. To transform it into a four-year degree granting institution successfully, was the work of countless persons: faculty, staff, administrative leadership, and board members who embraced the mission of the College and worked to enhance its presence in the local community.  Throughout my 17 years as President, the College was blessed with faculty, staff, administrative leaders, lay volunteers, and devoted students. Each time a particular need arose, the right person or persons became a part of the Lourdes roster of personnel College had an excellent reputation for quality education, and the work of the years was to build on that record. Each degree that was developed and offered was based on extensive market research, so that successful enrollment growth was assured. After beginning with two associate degrees and two baccalaureate degrees, the work turned to adding a nursing completion degree, a bachelor’s degree to which we added majors as faculty became available.

Two major tasks of the early years were to develop fund-raising capabilities and the service area of student services. The growth in enrollment was based on our service to the adult learner. Before leaving the College, my administrative team focused on which master’s degree should be offered. The master’s degrees in Education, Organizational Leadership, and Nursing were added early in the 2000’s.

I served as President from 1983 to 2000 and since 2000, I have taught in the Master’s of Organizational Leadership program, teaching the first course in leadership theory and practice. In addition, I have maintained my work with groups of all kinds, such as, the Toledo Sister Cities International and Toledo Poznan Alliance. I have also served as resource person to the Sisters of St. Francis through membership on the Local Chapter Conference Representatives group, developing a training tool for group leadership.  My ministry in these 14 years since leaving the College has been focused on “going joyfully among the people,” by serving as a facilitator, planner, and member of a variety of groups.

In 2015, I will celebrate my 60th year of membership in the Sisters of St. Francis.