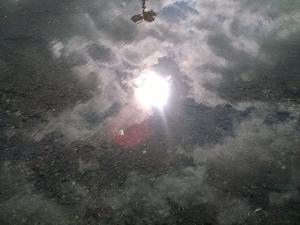 On November 18th, 2012, Nintendo launched their sixth home video game console, the Wii U. To say the system struggled in its early years would be an understatement. As of December 2015, the Wii U’s hardware sales have reached 12.6 million units–a respectable amount, though it pales in comparison to the Playstation 4’s 36.1 million. Nintendo’s dedicated fanbase has enjoyed the Wii U’s strong lineup of first party titles, but it is clear that the system has failed to grasp a wider audience. Sluggish sales have blamed laid on strangely quiet marketing, a lack of third party support, and even the console’s admittedly confusing title, which led some to apparently believe it was an add-on to the original Wii. Evidently Nintendo has heeded concerns over its current platform’s poor sales and has announced plans for a successor, currently known by the codename “NX.” 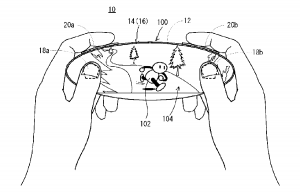 At the present, the NX is mostly an enigma. Many forget that “NX” is not actually the console’s name, if it even is a console in the traditional sense. If preliminary reports are to be believed, the NX will be something of a hybrid between a home console and a handheld unit. The handheld and console units would share a symbiotic relationship; the handheld could either be used as a controller for the console or as a standalone unit. The handheld’s design is not known for sure. However, a patent filed by Nintendo in December 2015 seems rather conveniently timed. An oblong controller-like device is revealed, with the majority of its surface dominated by a touch screen. It would be capable of running both gaming software and more general applications, such as a web browser. A gyroscope would allow the handheld to be used vertically or horizontally, similar to an iPad. As for the console unit, even less is known. Reports indicate that the console may lack a disc drive, suggesting that NX software could be transmitted digitally. However, it has not been discovered as to which of the two units would lack a physical media input, so the console could still have one. 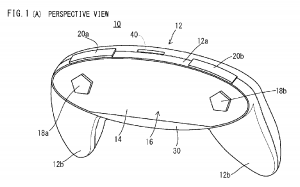 Despite lacking an official reveal, rumors and reports regarding the NX have been very hot topics in gaming-related circles. Nintendo’s official word on the machine has been intriguing yet vague. The late Satoru Iwata, Nintendo’s president until his passing on July 11, 2015, stated that the NX would not be a “simple ‘replacement’ for the 3DSor Wii U,” but rather a unique entertainment platform unto itself. Tatsumi Kimishima, Nintendo’s current president, has maintained this, adding that “we’re not building the next version of Wii or Wii U. It’s something unique and different.”

Nintendo revitalized the western console gaming market in 1985 with the launch of the Nintendo Entertainment System in North America. Since then the company has strived for innovation in each of its platforms, with results that range from outstanding to underwhelming. But with such an unpredictable track record, it would be imprudent to ignore the possibilities of codename NX.

Up and Coming Gaming Society Reborn

Do you enjoy video gaming, tabletop gaming, and a fun, challenge? Luckily for you, the Gaming Society Reborn was at the Den, hosting its third Gamathalon Event on March 18th, from 7 to 10 pm! The event saw contestants competing in six different games, including table tennis and checkers, along with Dance Central and Super Smash Bros. for Wii U. Each contestant had one chance to claim victory earning points from each game. At the Gamathalon’s conclusion, the

top three players were awarded with $30, $20, and $10 respectively. There was no entry fee, and food and drinks were provided free of charge.