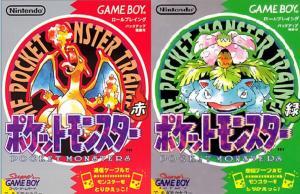 When it comes to the video game scene, very few games have become quite a phenomenon like Pokémon. First released in Japan in February 1996 by companies Game Freak and Nintendo, they became a major success almost instantly. 2016 marks Pokémon’s 20th anniversary, and with

Pokémon Go being a massive hit over the past summer and with Pokémon Sun and Moon coming out on November 18th, it’s safe to say that Pokémon is still very relevant in today’s world. Pokémon games are a childhood favorite of many adults and high school and college students, so it’s also safe to say they create a lot of nostalgia as well. Overall, it has sold over 279 million games according to the gaming website Kotaku, and according to the website Nintendo News in 2014, the Pokémon Company makes 1.5 billion dollars in just one year. So in honor of Pokémon’s 20th birthday, and just in _me for Sun and Moon’s release, let’s take a look at the roots of the series.

Before any of the games were released, there was a lengthy development period involved with Pokémon Red and Green in Japan. Production had started in 1990 and lasted a total of six years, mainly because the developers needed to work on other games to ensure they had the money necessary to complete the project. Game Freak, the company that developed Pokémon, almost went bankrupt due to the Pokémon games, and several workers quit because of the situation. However, these efforts were rewarded because according to the Pokémon themed website Bulbapedia, the Japanese Red and Green versions, along with their Blue version, which was released a couple of months later, went on to sell 10.23 million copies altogether in Japan alone. Bulbapedia also states that in North America, our Red and Blue versions sold a combined 9.85 million. So just between Japan and North America, the original Pokémon games in their respective regions sold just over 20 million copies.

When Red and Green were released on the original Game Boy in Japan, two of the biggest complaints about these games were all of the glitches found in the games and that some of the Pokémon sprites didn’t look so great. To fix this, Game Freak released Pokémon Blue Version go Japan in October of 1996. In the Blue version, Pokémon were also found in different spots than in Japan’s Red and Green. However, when Pokémon was released in North America in September 1998, there were a couple of changes from the Japanese versions. Americans had received Pokémon Red and Blue as our first two versions. Even though it would be easy to say that we didn’t receive Japan’s Green version, that isn’t exactly the case. Our games used the Pokémon locations from Japan’s Red and Green while taking the fixed bugs and sprite art from Japan’s Blue version. So in a way, we received completely different than Japan did, as our versions didn’t have some of the bugs that Japan’s Red and Green did, and the Pokémon in our version were found in different places than in Japan’s Blue version. Later in both regions, Pokémon Yellow was released. It had more similarities with the anime, which was first released in Japan in 1997. This version had very few changes between its Japanese and North American counterparts. 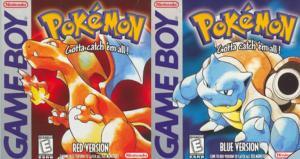 Part of the reason these games became so popular is because they are very accessible and easy to understand. Unlike having a complex, hard to follow plot line like other role playing games, the main goal of Pokémon is to catch every single species of Pokémon and to become the Champion. While some people might criticize the simplicity of this, it makes the games appealing to kids and to newcomers of the genre. On top of having very accessible gameplay, these games have become famous over the years for the glitches that can be found within them. Even though Japan’s Blue version was created to fix the bugs that could corrupt save files, there were still some bugs found within it and therefore the American Red and Blue versions. Some of the more famous examples include MissingNo and the Mew glitch.

Very few video games series have been as successful as Pokémon has. Even though development of the original games might have been long and rocky at some points, the efforts of those at Nintendo and Game Freak have been recognized. As stated earlier, the games have sold 279 million copies, and to top that off, there is also an anime, a trading card game, and manga have also been based off the video games. There is also a market for Pokémon plushies, figurines, and toys. Not a lot of video game franchises can say that, making the popularity of Pokémon very impressive. Seeing that Pokémon can be enjoyed by kids and adults alike, it’s safe to say it is going to stick around for a while.

Are you interested in finding out even more information about Pokémon? Bulbapedia is a great place to start looking, and there are several YouTube channels that offer tons of facts on Pokémon, like TheJWittz, TamashiiHiroka, and DidYouKnowGaming