The Wii U, first launched in 2012, is on its way out as Nintendo prepares to launch the Switch in early 2017. Though plagued by weak sales and a poor marketing campaign, the console has assembled some of the best games of the eighth generation. Here are four of my personal favorites that I would highly recommend if you can find a Wii U for cheap. 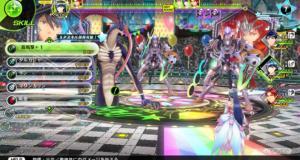 RPGs are frustratingly scarce on the Wii U. Tokyo Mirage Sessions might appear a shallow, candy-colored concession, but manages to provide a satisfying 40+ hours of turn-based enjoyment. The main draw of the combat system is the “Session” feature, which allows for characters to perform attacks in sequence with one another for myriad effects. With a party that expands to seven by the end of the game and a host of specialized techniques that can be performed between individual actions, Tokyo’s flashy battles are a joy to watch.

The story never deviates significantly from JRPG tropes, but the character dynamics make the side quests genuinely enjoyable beyond farming for EXP. Some are rousing and exciting, others are emotional and touching, and the best are hilarious in unexpected ways. 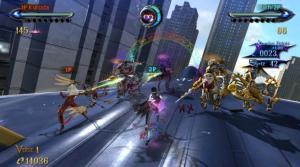 Probably the best-known title on this list, but based on its lacking sales it still needs to be experienced by more. As the titular Umbra Witch, you’ll battle the forces of Heaven and Hell with an arsenal of menacing weapons and flashy combos. With the original Bayonetta (2009), developer Platinum Games created a combat system so cathartic that they’ve iterated on it in every action title they’ve developed since. That inclination towards refinement shines through in the sequel’s blockbuster production values and silky animations, all running at a mostly smooth 60 FPS.

If the joyous lunacy of the opening sequence- in which Bayonetta engages a platoon of angels atop an out-of-control fighter jet careening through Manhattan- doesn’t at least rouse a smile, then something must seriously be wrong with you. 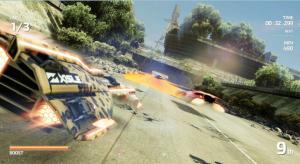 That’s not a typo. “FAST” is just how developer Shi’nen chose to display the title. After rocketing through the 16 chrome-gilded courses this futuristic racer offered, I would be surprised if they didn’t capitalize the word. FAST is a beautifully simple game: razor-sharp controls, face-melting speed, and a lack of gimmicks like items or arbitrary progression systems. The finer aesthetic details have not been ignored either. The game boasts gorgeous visuals and a thumping electronic soundtrack, along with the ecstatic announcer from F-Zero GX, the greatest racing game of all time, who screams bloody murder every time you take first place.

On top of everything, there’s the “Neo Future Pack,” a DLC pack with eight additional courses for only $5 alongside the generous $15 tag on the base game. Both prices are insulting to a game this good. I am willing to trade multiple internal organs for more content in FAST Racing Neo. 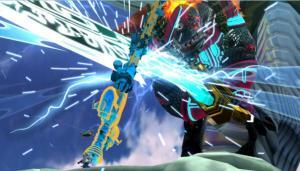 The Wonderful 101 lives up to its name. In an all-out-war against an invading alien menace, you will control a team of one hundred superheroes who combine their bodies into “Unite Morphs” to form enormous weapons. The simple premise is held together by superb execution. The sense of scale is immediately apparent, with gigantic enemies looming over a mob of tiny heroes. Firm but fair difficulty will force you to learn the game’s deep combat mechanics inside and out while testing your strategic adaptability.

All that aside, The Wonderful 101 is a game about moments. Moments like fighting a dragon while falling from a skyscraper, boxing with a giant robot in an erupting volcano, or blasting off into space to confront a final boss that’s bigger than the planet you’re defending. That’s not a spoiler because nothing can prepare you for actually experiencing it yourself. This is a game you will remember for years after completing it.